Yes, you heard that right!!

Generating electricity using gravity is now even closer than ever before. Edinburgh based company named Gravitricity has been working on this novel project since its foundation in 2011 and is set to perform its first demonstration in 2021. It basically uses the concept of the conversion of potential energy to the kinetic energy of an object and uses that energy to run the turbines.

The object used to generate electrical energy is referred to as a type of electrical storage device that stores gravitation energy is called a Gravity Battery.

Gravitricity is not the first one to generate electricity using gravity, pumped-storage hydroelectricity does the same. But this tech has a totally different story to tell.

The Need for Storage of Electrical Energy

To meet consumer demand at any point in time for a particular product or resource, it has to be stored efficiently. Just like a warehouse of Amazon or a water reservoir at your home.

But it’s not that easy to store electricity.

As the world is preparing a future of renewables like solar and wind, it can never be as stable and reliable as a fossil-fueled or nuclear power plant. Solar power plants will work in the daytime and wind will only work when, obviously, the wind is blowing.

But the fundamental problem is that we are not using electricity when there is supply is at its peak. In fact it varieties throughout the day with peaks in the morning and evening. Researchers have generated model data by analysing the demand and supply graphs and have found out that the demand is getting lower and lower during midday. This is caused due to the increase in solar energy installations which is lowering the demand curve when the sun is out. This graph of the drop in demand is called the Duck Curve.

So it becomes a bit complicated to manage the excess supply from solar energy during the day when the demand is low. So there are two options available for the Utility companies, who have to make real-time decisions or else might risk is blowing up the power grid

This is the place where gravity batteries have a major role to play.

How does Gravity Battery work

Gravity Battery basically means storing gravitational energy on an object by lifting it at a certain height and then releasing the object to generate electricity.

The question in everybody’s minds would “What about the energy required to pull that object up?”.

Well, that is a valid question and is the fundamental principle of thermodynamics.

Every machine has to have a certain amount of efficiency for work to be done.

That is Output energy minus the input energy given. For this case, as I had mentioned, the excess energy generated by the solar grid will be used here to lift the weights. This is as if the battery is being charged and can be discharged when there is demand.

The beauty of Gravitricity is that supply is met instantaneously by just releasing the weights. 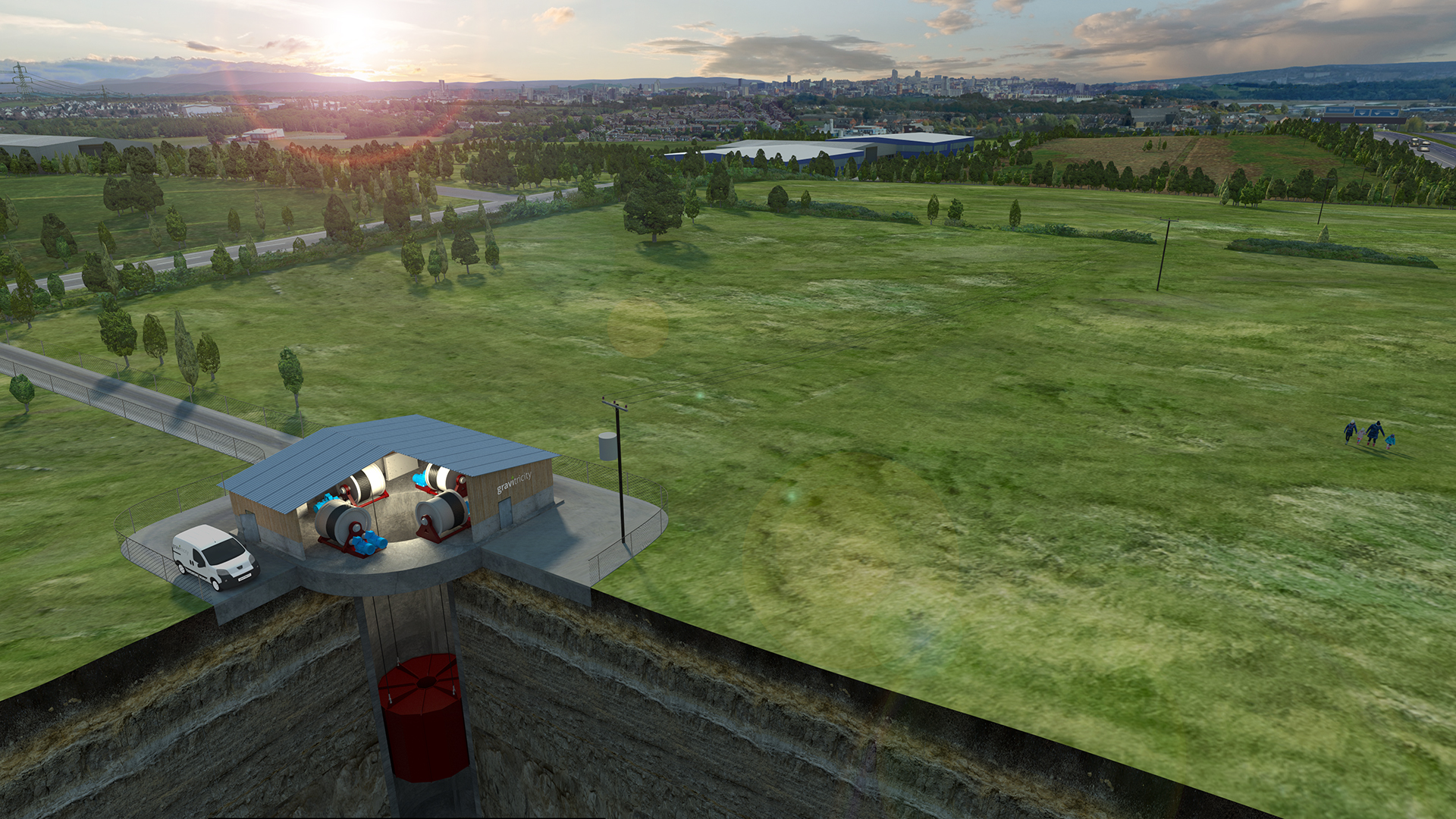 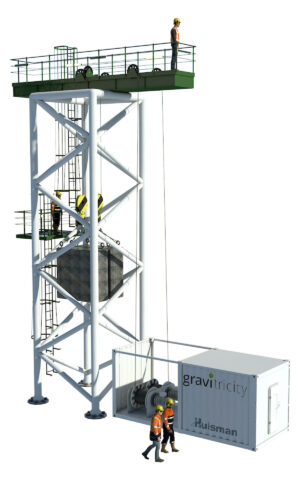 Gravitricity makes use of heavyweights, which are released into a vertical shaft using winches that double up as dynamos. It aims to use old or abundant mines to reduce the cost of digging deep burrows.

Gravitricity will make use of heavyweights ranging from 500 to 5000 tonnes released into deep shafts. Such a unit aims to deliver a power output range of 1 to 20MW at a duration of 5 minutes to 8 hours.

It more or less will work sort of a backup generator, to be able to provide large amounts of electricity within a very short time even in less than a second.

The Scottish energy innovators have sourced their initial funding of £1.5 million from a crowdfunding campaign and were later funded by the UK government.

The team is very excited about its first 250kW demonstration early in 2021 with the collaboration of the Dutch winch and offshore manufacturer Huisman Equipment BV.  If this prototype is successful then can aim in developing a full-scale commercial prototype in an abundant mine shaft.

The Good and The Bad of Gravitricity

Well, the main disadvantage is that it cannot be used as a power plant or as a major power source. Apart from that here are some drawback

What the Future Holds

The environmental impact of Gravitricity is very low, almost negligible. As it uses old mines for its shaft and has nothing to be disposed of, unlike Li-ion batteries. A gravity battery is a great way to store excess energy off the grid and can a potential game-changer if implemented well.

Gravitricity has received a nod from the UK and the South African government to explore and analyze disused mines for suitability. 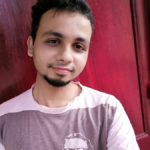